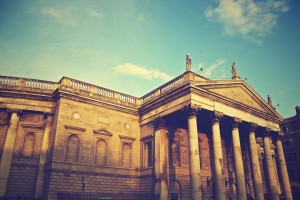 The Federal Housing Administration today proposed a set of new rules aimed at strengthening the Home Equity Conversion Mortgage (HECM) program, including changes to the origination and servicing process.

In a notice published in the Federal Register, FHA plans to take several actions to ensure that reverse mortgages remain a viable and sustainable resource for senior homeowners who wish to remain in their homes and age in place, while also protecting the Mutual Mortgage Insurance Fund (MMIF).

The proposed rule will reinforce and codify recent HECM reforms that FHA has implemented in the past several years, and will also add new consumer protections.

FHA is also proposing to require lenders to pay mortgage insurance premiums until the HECM is paid in full, foreclosed on, or a Deed-in-Lieu (DIL) is executed rather than until when the mortgage contract is terminated.

Additionally, the proposal would include utility payments in the property charge assessment; and create a “cash for keys” program to encourage borrowers to complete a (DIL) and “gracefully” exit the property versus enduring a lengthy foreclosure process.

“We’ve gone to great lengths to protect seniors and ensure they can remain in their homes where they’ve raised families and where they hope to live out their days,” said Ed Golding, Principal Deputy Assistant Secretary for Housing at the U.S. Department of Housing and Urban Development (HUD) in a written statement. “As we grow older as a nation, we have a responsibility to ensure reverse mortgages remain a safe, secure, and sustainable financial option for future generations of senior homeowners.”

FHA expects the policies outlined in its proposal may reduce HECM endorsements by $1.9 billion per year, “representing transfers from potential HECM borrowers to other debtors.”

Also, FHA anticipates its rule will reduce the MMIF credit subsidy for the HECM portfolio by $42 million per year; reduce foreclosures due to tax and insurance default by up to 6,000 cases each year, totaling about $1.5 billion in loan amount.

The  proposal follows the most recent program changes the agency has made to the HECM program over the past several years, including the introduction of the Financial Assessment, upfront draw limitations, as well as updates to the non-borrowing spouse policy.